We acknowledge the traditional owners and sovereign custodians of the land on which we are situated, the peoples of the Woiwurrung and Boonwurrung language groups. We extend our respect to their Ancestors and all First Peoples and Elders past, present, and future.

The Voice in Cinema, or the Acousmêtre and Me

Fri, 25. Aug 2017(Add to Cal)
A lecture-performance tracing a history of the ‘acousmêtre’ – Chion’s term for the mysterious off-screen voice in cinema, through his own oeuvre and the works of Bresson, Lang, Syberberg, Spike Jonze and more
Australian Cinémathèque, QAGOMA
South Bank
QLD
6PM
FREE

In the 1970s he was a member of the Groupe de Recherches Musicales (GRM), the influential collective led by composer and theoretician Pierre Schaeffer dedicated to furthering the art of ‘musique concrète’ through experiments in audiovisual communication, audible phenomena and music in general. It was at the GRM that Chion composed arguably his most famous work, Requiem, a noisy and surreal deconstruction of the Funeral Mass made whilst pondering the “troubled minority of the living, rather than the silent majority of the dead.”

Since the 1980s, Chion has written extensively on the relationship of sound and image in the cinema, publishing in 1990 what many consider the definitive theoretical guide to the subject, Audio-Vision: Sound on Screen. In this momentous book, Chion advances a whole new lexicon for describing audio-visual concepts, via the works of Jacques Tati, Alfred Hitchcock, Jean-Luc Godard and others. On reading, film scholar Claudia Gorbman was moved to name him “a poet in theoretician’s clothing.”

For this event, Michel Chion will present a lecture performance tracing a history of the ‘acousmêtre’ – Chion’s term for the mysterious off-screen voice in cinema, through his own oeuvre and the works of Bresson, Lang, Syberberg, Spike Jonze and more.

Acousmêtre – a kind of voice-character specific to cinema that derives mysterious powers from being heard and not seen. The disembodied voice seems to come from everywhere and therefore to have no clearly defined limits to its power.

When I published my essay La Voie au Cinéma in 1982—where I proposed the theory of acousmêtre, a word I invented and which had a certain resonance thanks notably to the English translation by Claudia Gorbman of The Voice in Cinema (Columbia University Press, 1999), and the writings of Slavoj Zizek—I had already ‘lived’ this concept. I had lived it both in my life experience – like any child – and also through certain films that particularly marked me, such as Bresson’s A Man Escaped, Hitchcock’s Psycho, Lang’s The Testament of Dr. Mabuse and Syberberg’s Parsifal based on Wagner’s opera. And I lived it through my own creative works based on absence and suggestion like Requiem, the 1973 musique concrète composition full of “characters” and “scenes” one does not see, or the short film Le Grand Nettoyage, 1975, a sound film without words.

When I began to write and shoot my film Eponine in 1975, I wanted to consciously ‘test’ this and other concepts of analysis with a film; the character of a mother without a face; the suggestion through sound of an outside world that one never sees (since the film takes place within the walls of a house from which one does not go out); the creation of an imaginary topography. The success of this film showed me that the concepts ‘worked’. Thus, for me, theory is not a dead demonstration. A living theory must be drawn from a personal experience.

In this lecture-performance, I will share projects, sketches, essays, personal creations (including for a future film), alongside excerpts from Bresson, Hitchcock, Lang, Syberberg, and Spike Jonze, who, as some have said, renews the idea of ​​acousmêtre. I’ll present these materials sometimes deprived of sound, sometimes deprived of images, sometimes associated with other images and other sounds, and sometimes accompanied by my own live voice. I will show how easy it is to ‘live’ and to experiment with audio-visual combinations.

Presented in partnership with the Australian Cinémathèque, QAGOMA and Institut Français

We acknowledge the Turrbal and Jagera people as the custodians of the land in which this event takes place, and we recognise that sovereignty was never ceded. We pay our respects to their Elders, past, present and emerging. 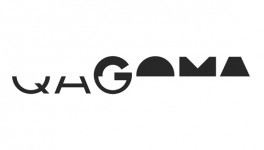