Seth Kim-Cohen takes us on a joy ride (minus the joy) through the physical and financial violence of late-stage capitalism. Careening like a tech stock IPO from krautrock to investment banking to Marxist terror, this investigative performance is comprised of video, music, slapstick comedy, and a disquisition on the debasement of democratic ideals in the age of finance capital.

Multiple lines of history – past, present, and future – converged when a mass of copper was propelled at more than 2 km per second through the armor-plated door of Alfred Herrhausen’s Mercedes in 1989. At the time of his murder, Herrhausen was Chairman of Deutsche Bank and had led the institution’s expansion from a regional lender to a major player in global finance. The assassination is thought to have been carried out by the Baader-Meinhof gang, left wing radicals responsible for bombings, kidnappings, and killings over a three decade span, starting in 1968. Uwe Nettelbeck, was an early champion of the Baader-Meinhof gang, publishing an article about the trial of Andreas Baader in Die Zeit, and subsequently serving as editor of the underground magazine Konkret, which served as the revolutionary mouthpiece for Ulrike Meinhof. Nettelbeck went on to form and produce the band Faust, part of the generation of German bands which would create the genre known as “krautrock.” Meanwhile, Alfred Herrhausen’s vision for Deutsche Bank survived his murder. In the 1990s Deutsche Bank made increasingly aggressive incursions into the New York investment banking market. One of their high profile clients was a real estate developer who had burned his bridges with every lender in the city. With Donald Trump unable to secure a loan from any other financial institution, Deutsche Bank saw an opportunity and a late-night, late-capitalist swipe-right marriage of convenience was born. Had it not been for Herrhausen’s vision for Deutsche Bank, Trump may have forever remained a mid-level bit player in New York real estate.

In February 2019, OpenAI - an artificial intelligence research organisation (founded by Elon Musk, Sam Altman, Ilya Sutskever and Greg Brockman) – published a paper about a new Language Model they have developed called GPT-2. Simply speaking, GPT-2 is an artificial intelligence that can generate entire articles of coherent text, based on simple human prompts. Expressing concern for potential malicious applications of the technology that may lead to widespread confusion, manipulation and coercion, the developers have not made the code available to the public. They have, however, shared a number of text excerpts generated by GPT-2 for explanation, analysis (and let’s hope, artistic response). One such AI generated text describes the recent discovery of a breed of English-speaking unicorns in the Andes Mountains by Dr. Jorge Pérez, an evolutionary biologist from the University of La Paz.

In Simulation 1.2 – Ovid’s Unicorn this ficto-historical narrative, originally synthesised by artificial intelligence, is embraced by humans: performed as one-part scientific lecture and one-part cultural celebration, positioning the human as a vessel for the reification and dissemination of artificial histories. Through this process of absorbing artificial information, comprehending, accepting and performing it into reality, this work looks at the role of the human in relation to the construction of technologically created knowledge. Agency, truth, ethical responsibility, and the politics of knowledge are provoked.

This is part of an ongoing series by Roslyn Helper titled Simulations – short performances that take artificially generated scripts as their starting point to create states of questionable reality. Are humans just an early form of artificial intelligence, and are we complicit in creating the conditions for our own impending obsolescence? (Yes.)

Seth Kim-Cohen is presented in Australia by Liquid Architecture with the support of Melbourne Law School and the Digital Citizens Research Network. This event is supported by City of Melbourne. 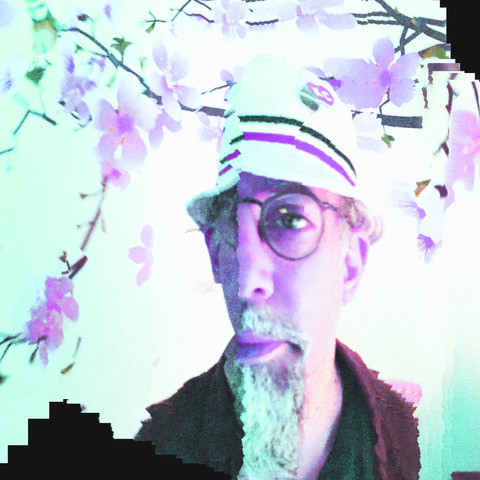