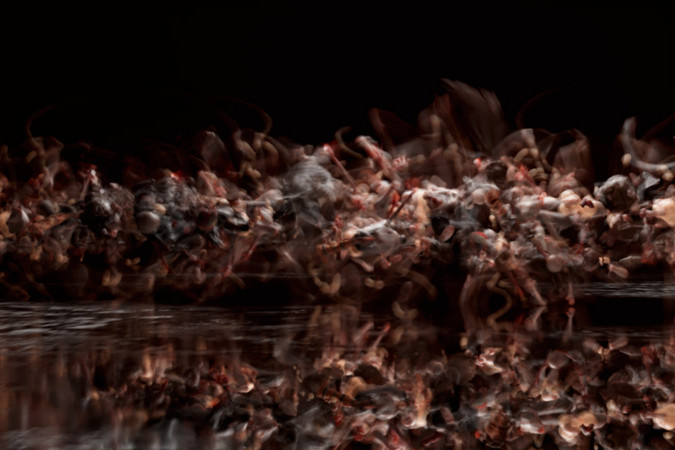 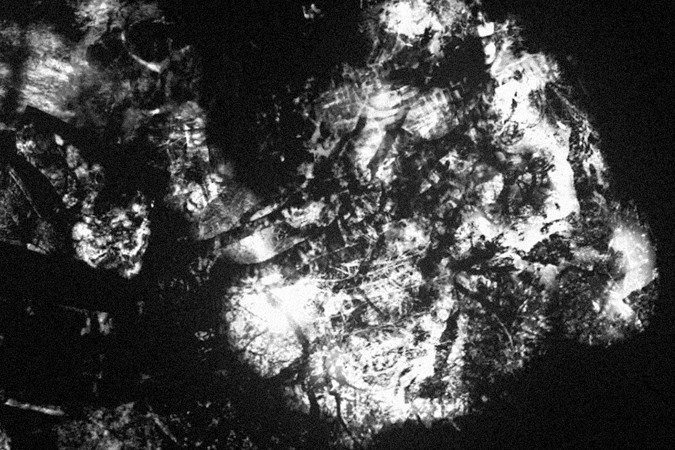 Materiality is a constant and contested topic in contemporary art. In recent years the experimental sound arts have shifted away from digital and post-production sound in a turn back to materials. Sound in these practices is not a transparent medium played through hidden speakers, instead it is employed to investigate materials and is itself produced through materials that have various histories, including social/cultural/political, art historical, geological/ecological and electrical. ​

This daylong symposium will bring together a diverse group of speakers who in thinking about sound as more than sound will bring sound full discussions of politics, concepts and histories in the arts to the fore.

Sonic Mattering This talk discusses some of the discursive and aesthetic contributions that sound makes to the broader cultural and eco-political fields, looking in particular at modes of understanding engendered through the sonic arts, and offering some speculations on an aurally inspired understanding of materiality and ‘mattering’. ​

Frances Dyson is Emeritus Professor of Cinema and Technocultural Studies at the University of California, Davis, and Visiting Professorial Fellow at the National Institute for Experimental Arts, UNSW. She is the author of The Tone of Our Times: Sound, Sense, Economy and Ecology (MIT Press, 2014); Sounding New Media: Immersion and Embodiment in the Arts and Culture (University of California Press, 2009).

Sound and Gravity Recently exploring the use of gravity as a sound source, Kreidler gives certain materials and meaningful objects their own sonic course by letting them fall down or by letting things fall down on them. Often this is combined with the use of video. Kreidler will present these examples and discuss reasons for such a kind of non-human expressiveness / non-expressiveness. ​

Mineral Volumes Focussing on the appearance of ‘sound fossils’ in a number of works of contemporary art, this talk discusses the way that traces of sound can trouble binary distinctions between animate and inanimate materials. The goal is to test out an ethics of being in which the living-non-living binary might be said to no longer apply: to think about what it might mean to conceive of a mineral ontology of contemporary art.

Amelia Barikin is a Lecturer in Art History at the University of Queensland whose work often focuses on the relation between art and time. Publications include Parallel Presents: The Art of Pierre Huyghe (MIT Press, 2012), and the anthology Making Worlds: Art and Science Fiction (co-edited with Helen Hughes, Surpllus, 2013). ​

Against A Falling Fabric Sound is never present but always elsewhere and elsewhen: faraway thunder always late to lightning’s party. Sound is always haunted by that-which-is-other-than-sound: else-sound. Disparate and dispirited, sound behaves like all manner of contemporary phantasmagoria: simulacra, becoming, and the trace; capital, debt, and speculation. Recent works by Matthieu Saladin and Johannes Kreidler shroud the ghosts of global contemporaneity in sonic fabric: a double-haunting that makes forms and forces apparent. What is revealed, of course, is not a secret substance, but a constitutive ever-elseness.​

Seth Kim-Cohen generates output in numerous fields and media. He is the author of Against Ambience and Other Essays (2016), In The Blink of an Ear: Toward A Non-Cochlear Sonic Art (2009), and One Reason To Live: Conversations About Music (2006). Artforum refers to his gallery-based work as “collegial and awkward, a real-life mistake framed by a semi-fictitious context… an allegory for experimental thinking in general.” He received his PhD from the University of London in 2006 and is Assistant Professor of Art History, Theory, and Criticism at the School of the Art Institute of Chicago.

More or Less Immaterial Ever since sound entered the space of art, it has been plotting its escape. Dematerialising strategies offer an array of possible excursions, but their audibility is only ever possible within the echo chamber of the art world. Can rendering sound immaterial – present but displaced, unimportant but fundamental – offer an alternative escape route? ​Joel Stern and Danni Zuvela are the artistic directors of Liquid Architecture, an Australian organisation for artists working with sound.

As a material index of acoustic activity, the term ‘sound fossil’ has gained currency in the field of contemporary art both as a means of accounting for the appearance of the past in the present, and as an embodiment of cosmic time.

academic, event director and curator working in the area of the sound arts.

The ear is a fetus, drum, forge, lizard, horse, fish, seashell, sea, tree before it gets to the brain and a brain.

the resonance of voice has been exiled to places without people

For me, music never exists alone; a composer must always deal with interrelationships.

Seth Kim-Cohen is an artist, musician, and writer who makes as little distinction between these categories as he can get away with. He is author of Against Ambience (2013), In The Blink of an Ear: Toward A Non-Cochlear Sonic Art (2009), and One Reason To Live: Conversations About Music (2006). His gallery-based practice – which Artforum describes as “collegial and awkward, a real-life mistake framed by a semifictitious context” – has been presented on all but three continents. His bands Nil/Resplendent, The Fire Show, and Number One Cup have released eight full-length albums since 1995. Kim-Cohen is Associate Professor of Art History, Theory, and Criticism at the School of the Art Institute of Chicago.